Interesting Facts about the Virgin Coconut Oil Industry in the Philippines 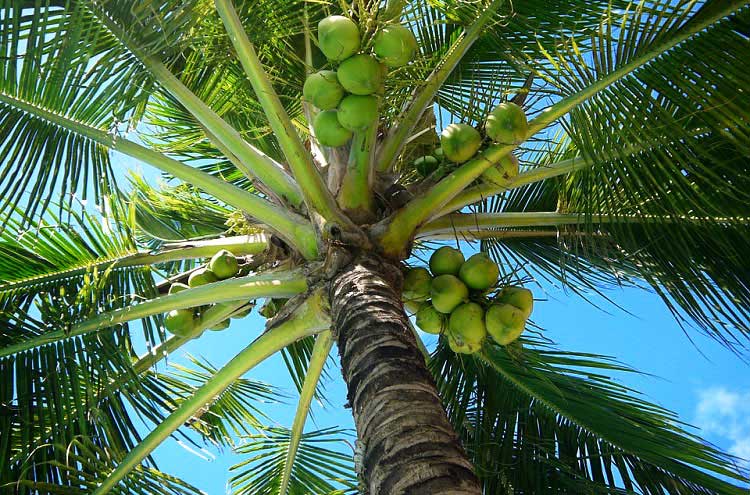 The Philippine archipelago is a tropical country gifted with a climate and environment which are perfect for growing coconut trees. No wonder the country is one of the biggest producers and suppliers of coconut products in the world. The coconut is considered by Filipinos as “Tree of Life” since every part of it, from its roots to its fruits, can be useful. Coconuts produce food, drink, medicine, tools, instruments, fuel, and many more. They also produce one of the healthiest oils on the planet, virgin coconut oil.

1. The Philippines is the second largest coconut producing country in the world, next to Indonesia.

2. The country is one of the world’s leading exporters of coconut products, having 59 percent share in the world coconut exports (source).

5. The country’s 330 million coconut bearing trees produce an average of 15.207 billion nuts per year according to the Philippine Statistics Authority – Bureau of Agricultural Statistics.

7. 68 out of 81 provinces in the Philippines produce coconuts. Of the 1,634 cities and municipalities across the country, 1,195 are coconut areas.

8. There are 3.5 million coconut farmers in the Philippines.

9. 25 million Filipinos are directly or indirectly employed by the coconut industry.

10. The coconut industry of the Philippines has an annual average of 5.97% contribution to GVA and 1.14% to GNP.

11. The country is among the top 5 net foreign exchange earners, averaging $760 million per year.

12. Although the Philippines produced an impressive 15.2 billion-nut equivalent and 2.5 million metric tonnes of coconuts in copra terms during 2011, according to the PCA, the output is only 30% of potential capacity (source).

13. Forty eight percent (1,595,120 hectares) of all coconut in the Philippines is planted in Mindanao. The region produces 56% (8.1 million tons) of the total production in the country. Eastern Visayas, the second top coconut producing region in the country, has 72.75 million thriving coconut trees with an annual average yield of one billion nuts (source).

14. The Philippine Coconut Industry is export-oriented. Seventy percent of the total production in the country is exported to the international markets in the form of value-added coconut products.

15. Virgin Coconut Oil is the country’s top non-traditional coconut products export, followed by coconut water in second and Coco coir or fibre in third. According to UCAP, the country’s export of virgin coconut oil totalled 36,331 MT during calendar year 2015. The shipment was worth USD151.745 million.

17. The Philippine Coconut Authority (PCA) is the government agency which has the full power and authority to regulate the marketing and export of copra, coconut oil and their by-products. The PCA is also responsible for the prescription of quality standards, imposition of floor and ceiling prices for all coconut product exports, establishment of maximum quantities for certain periods and markets, and inspection and survey of export shipments (source).

18. According to PCA, Super Typhoon Haiyan damaged some 44.12 million coconut trees in Central Philippines when the monster typhoon made its onslaught in November 2013. This caused the coconut production to decrease to 15.35 million MTs in 2013 from 15.86 million MTs in 2012. The Philippine government has set aside P2.8 billion in 2014 to rehabilitate the coconut areas badly damaged by the typhoon. In 2015, 4.3 million trees were planted in farms ravaged by Supertyphoon Yolanda and the PCA is eyeing to complete the rehabilitation by 2017 (source).

19. The Filipinos have been supplying coconut products to the world for centuries. Since 1840, coconut products in the country were traded in small quantities with Chinese and Malay traders. The Spaniards also used coconut fibres and coconut oil in rigging their galleon and as food for sailors plying the Manila-Acapulco galleon trade (source).

Final thoughts
The Philippines is one of the top producers and exporters of coconut products in the world, and it has not reached its full potential yet. As one of the earliest suppliers and traders of coconuts since 1840, the country is determined to keep the industry strong and even better. We, at Leyte Koko Oil are also devoted to keep the coconut industry flourishing by ensuring that care is given to Mother Nature, economic development is generated for the local community, extra benefits are provided to Filipino farmers, and high quality products are delivered to our consumers and business partners.

By continuing to use the site, you agree to the use of cookies. more information